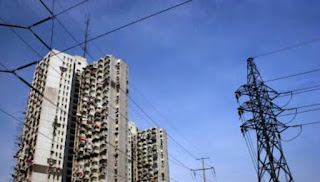 Let's look at pricing, and let's use farm produce as a first example, say potatoes.

What should the price of potatoes be in a hypothetical country that grows potatoes, but neither exports nor imports them?

In a capitalist country, the answer is easy. The price is the point at which supply and demand are matched. And that price can vary daily (hopefully by a very small amount) as people's taste for potatoes rises or falls, and as farm production rises or falls (good or bad crop years, farmers starting to grow potatoes or switching to another crop or exiting farming, etc.).

But in a country where the government sets the price of potatoes, the situation is much more complex. If the government wants to increase its support among consumers (think Venezuela), it is tempted to set prices low. Artificially low prices would allow a few people to buy potatoes at a bargain price, but the supply would run out before everyone got the potatoes they wanted. And the situation would rapidly get far worse as farmers suffered from the price of potatoes being set below their cost of growing them, and eventually stopped growing potatoes at all.

In a country where the government is more concerned about its support among farmers than among consumers (think rice farmers in Japan), consumers try to switch to other products if they can, and production exceeds consumption leaving the government to either absorb a surplus or artificially limit production.

The above is not a blanket condemnation of government price-setting, merely a warning that a government that wishes to set prices must ignore all parochial demands and set prices based on sound economic principles and accurate analysis.

While it is very hard to justify setting potato prices, each government really does need to set electricity pricing, because there is only one electric line to a home, thus making the delivery of electricity (not necessarily the generation of electricity) a monopoly, whether a private monopoly or a government monopoly.  In spite of pressures both from consumers wanting low prices and from an electric company wanting fat profits, a rational government must set prices based on sound economic principles and accurate analysis. If the government itself actually IS the electric supplier, the problem is even harder, as there is no counterforce to balance the demands of consumers for low price electricity, and the government is in great danger of choosing to sell electricity below cost, resulting in deficient equipment maintenance (again think Venezuela), higher taxes or default, etc.

As a third example, look at rent control. Rental properties are in many ways like potatoes. They each require land, potentially very expensive land. They each require a lot of up-front capital. And they are each in danger of being in undersupply or oversupply if supply and demand are out of balance.

Exactly as with potatoes, if a government wants to inflate its support among consumers and sets rents artificially low, a few people can rent apartments at a bargain price, but then the supply runs out before everyone gets a place to live. And the situation rapidly gets far worse as landlords suffer from the price of rent being set below their cost of providing homes, stop building any more rental units, and (unless prevented from doing so by an even more disruptive law) convert existing rental units to other uses.